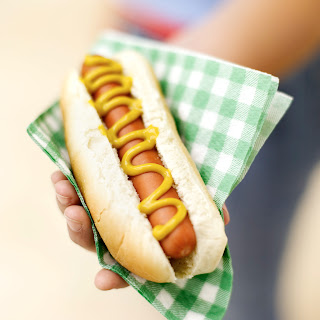 Monday August 13th, 6pm to 8pm on the upper field of Campbell Elementary School, next to the community garden.
If you are planning on attending our picnic, PLEASE Click HERE to RSVP Or call: 503-683-1826. Those who RSVP and attend, will be entered in a drawing for door prizes! Please RSVP by Saturday August 11th.
We will also have:An Italian Soda Bar, sponsored by the Painted Lady Coffee HouseFace PaintingGamesVegetable tasting (summer squash for sure, tomatoes if they hurry up and ripen!)Neighborhood business information table (if you have a business in our hood bring cards or brochures to display and let us know if you can sponsor one of our RSVP prizes)Tour the Community Garden
Posted by HCNDA at 9:08 AM No comments:

Milwaukie Friday Memo Forwarded by email to our neighborhood list.

Past meeting notes and Treasurer’s report
• June’s meeting notes were unanimously approved as written.
• Checking and savings have balances of $1,784.61 and $2,507.94, respectively, with $867.15 of checking apportioned to the CCG account, leaving a general checking balance of $917.46.

Grant Requests
• Hamid Shibata Bennett from artMOB Milwaukie asked for a grant donation of $250 to help fund their second annual MAXimum Music Happy Hour, a pop-up music and art event at the food cart pod next to the Main St. Orange Line station on Thursday, August 22, 4:30-8:30 pm. The community-building event will feature musical performances by Don & The Quixotes, Blue Orchid and Zozma, as well as art activities, booths by local artisans, dancing, and more. Heather Ray made the motion to approve the $250 grant, Susanne Richter seconded the motion – approved unanimously.

Land Use/Project Updates
• Dieringer Property: the application to re-zone several adjoining lots to make way for multi-family housing has been filed with the City and notification sent to HCNDA leadership. Heather Ray to send a message to City staff that HCNDA does not oppose this application.
• Keil Crossing: Dave Aschenbrenner to contact Vera Kolias about the seemingly stagnant status of this project. Update 7/12/18: Anlon Construction to start
submitting permits for the homes (on the new 43rd and 44th Avenues) early next week.
• Mission Park: per Ley Garnett – plat approved, only 2 housing permits have been submitted to the City so far.

Parks & Garden Report
• Sarah Smith reported that they will be donating their first eggplants next week, as well as currently donating cabbage, lettuce, kale and blueberries to Esther’s Pantry and that there is (still) a waiting list for garden spots.
• Planning for the annual neighborhood picnic (August 13) is in progress – committee members proposed purchasing reusable plastic cups for permanent NDA use instead of disposable cups. All present approved the purchase of the cups and storage totes. Committee members believe costs for this year’s picnic will be slightly more than previous years’ – all members present had no issue with this minor increase. Cotton candy will be a new item at this year’s picnic – much discussion of logistics and preparation of cotton candy. Look for it at the picnic! Heather Ray to contact police cadets to organize their help setting up for the picnic. In addition to the fabulous food and drink, there will also be games, a face painter, a pollinator information booth, and a neighborhood hub information booth.
• Wetlands Conservancy and Parks staff appear to have completed their repairs to the Minthorn Springs wetlands area.

Public Safety Advisory Committee (Heather Ray, PSAC Rep)
• Elections were postponed until this month’s upcoming meeting.
• Zane Odem is a new traffic/patrol officer for MPD.
• PSAC and City staff are still trying to determine PSAC’s role in the upcoming SAFE Streets/SSMP projects, as a consultant is soon to be hired to handle public information dissemination.
• Traffic control requests are still backlogged due to staffing shortages. Requests are first-come, first-serve. Contact Engineering if you submitted a request and haven’t heard anything recently.
• City should be regularly providing NDAs with updated traffic control project reports.

Other Business
• Dave Aschenbrenner reminded us again that with upcoming road projects, City staff will be conducting physical surveys over the next year to check on right-of-way encroachment that may have occurred over the years and notifying property owners who may be in violation.
• Tree Board: an ordinance is coming!
• Swings in upper Campbell playground are in terrible shape; also, the field is in dire need of a mow. Update 7/16/18: Melanie Bocek called: both soon to be remedied.
• 4246 SE Washington Street house – still drawing concern from neighbors. Update 7/11/18: Dave Aschenbrenner is in contact with the property management company for the bank that purchased the property at auction.

• There is much concern from neighbors about continued illegal fireworks in our neighborhoods. Despite police assurance that violations can now be enforced, it does not seem to be curbing the dangerous firework usage at all. Dave
Aschenbrenner will be asking police representatives to attend our September meeting to address this issue and answer questions.

• Bernie Stout requested that the agenda for HCNDA meetings be posted online or emailed prior to meetings to inform neighbors of what will be discussed at the meeting. Dave Aschenbrenner committed to getting those done one week prior to meetings, with Melanie Bocek to distribute via the neighborhood email list and send to Jason Wachs to put on the City NDA website.

The meeting adjourned at 7:27 pm

No August meeting – come to the picnic!!!

The next meeting will be Monday, September 10, 6:30pm, at the Public Safety Building
Final minutes dated 7/16/18 Melanie Bocek, Secretary/Treasurer
Posted by HCNDA at 8:59 AM 1 comment: